How to Build Headless Akka.NET Services with IHostedService

At Akka.NET’s inception, most of the server-side code samples we produced all demonstrated how to build so-called “headless” Akka.NET services as outright Windows Services primarily using libraries like Topshelf.

.NET has changed tremendously since then and become a truly cross-platform runtime that is capable of working with and within all of the amazing innovations that have sprung from the greater global open source community, such as Kubernetes and Docker. Thus, it’s time we modernize our guidance for how to build headless services in the age of .NET Core / .NET 5 and beyond.

We’ve also produced a brief YouTube video that demonstrates how to work with Akka.DependencyInjection too:

In our previous installment of “Real World Akka.NET Clustering”, we covered state machines - the tried and true tool for modeling event-driven behavior for business entities inside your domain. And we also demonstrated that using Akka.NET programming techniques such as behavior-switching it’s straightforward to implement them with actors.

In this post we’re going to take our discussion of real-world Akka.NET actors to a higher level and discuss how to use the process manager pattern with actors to model long-running, stateful workflows that naturally occur in all sorts of business domains.

What is a process manager? A process manager is a state machine used to direct a dynamic, stateful workflow. In the context of modern software applications most process managers tend to be responsible for managing distributed workflows that are executed across different services or multiple instances of a service. 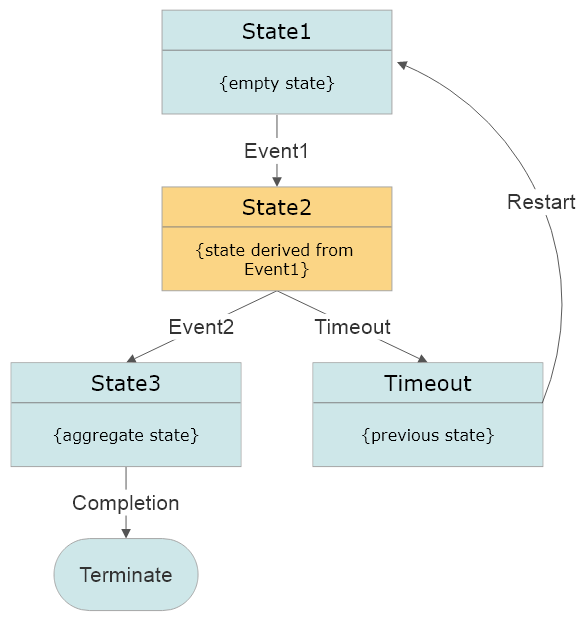 Now Open for Business: Sdkbin - the Marketplace for .NET Developers

I formally introduced Sdkbin back on my personal blog in June, 2020, but it was not yet ready for Petabridge, its customers, or the users of the open source projects we support. As of September 30th, Sdkbin is now live and open for business.

Petabridge has been in business for nearly 6 years and nearly all of our business comes from supporting Akka.NET and its users.

Among the products and services we sell:

Some of these services, such as code review and onsite training, are inherently bespoke - we have to tailor what we deliver to the unique needs of each customer.

But other services, such as Phobos and our Akka.NET Support Plans, are valuable because they are so standardized - pick a license / service level, a quantity, buy it, and use it. As we’ve learned over the course of time: it is very painstaking to build and run sales, fulfillment, renewal, and support operations for these services manually.

The manual experience is also suboptimal for our customers:

The Current State of OpenTelemetry in .NET

OpenTelemetry vs. OpenTracing and the Future of Observability in .NET

In the past we’ve discussed why distributed tracing is becoming commonplace and the OpenTracing standard for instrumenting libraries and applications. In this post I want to touch on the emerging OpenTelemetry standard, which will become a common component used to instrument ASP.NET Core applications in the not too distant future.

OpenTelemetry is the convergence of two competing tracing standards:

The goal is to provide a unified set of APIs library authors can include inside their applications in order to:

So what are the material differences between OpenTelemetry and OpenTracing? Why do we need another new standard?

The major technical differences are:

As of this week, Akka.NET v1.4 is now fully available for users to use. We’ve published a detailed article on the Akka.NET website that describes what’s new in Akka.NET v1.4, but we wanted to capture some of the highlights here.

Akka.Cluster.Sharding has been used by Akka.NET users in production for years, mostly relying on the underlying Akka.Persistence storage engine to save all of the sharding state used to distributed entity actors evenly across the cluster. 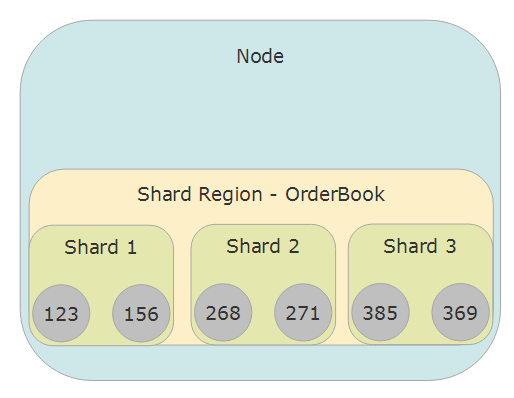 However, the reason why the module remained in beta for the past couple of years is because Akka.Cluster.Sharding’s alternate storage mode, Akka.DistributedData, which uses eventually consistent in-memory replication to manage cluster sharding state throughout an Akka.NET cluster, lacked a stable wire format and hadn’t been certified for production yet.

The goal of this blog post is to give you a glimpse of the idea and basics behind Akka.Streams. What they are and why you may find them useful addition in your day to day job.

In short: Akka.Streams is a library build on top of Akka.NET, which allows you to consume and process potentially infinite streams of data in type-safe and resource-safe way.

To make it easier to visualize, let’s take an example: we have a queue (i.e. RabbitMQ), that sends us a documents, which we have to parse, turn into structured data and save in the database.

How to Use Github Professionally

Best Practices for Working with Github in Team Settings

I originally started writing this post as internal documentation for our own team here at Petabridge, but I thought this would be useful for our readers and users as well.

Github has evolved over the years into a vast, rich ecosystem filled with lots of first and third party features that make developers more productive and effective.

Yet the vast majority of developers haven’t had much experience working effectively with Github in day-to-day work. Many developers don’t have a Github account; some have created some simple projects or filed some bug reports on popular projects; and few have forked a repository and made a pull request.

In this post you’re going to learn the best practices for working with teams of developers on Github who are working towards producing production-ready software. Everything in this post is equally applicable for developers working behind the firewall on proprietary software via Github Enterprise as it is for developers who want to submit a patch to popular open source projects like Akka.NET.

Putting my “Chief Technology Officer” hat on for a second, there are lots of cost levers behind the total expense of software development and most of them are necessities. Yes, we should always allow plenty of time and money for testing and user feedback. Yes, we should try to pay down technical debt. We’re not talking about any of that.

What I’m talking about are unnecessary costs, waste costs, that can be avoided via using Github effectively as a communication platform among a development team. Those costs are:

In both of these cases the developers’ time and company money is wasted....