How Distributed Tracing Solves One of the Worst Microservices Problems

Historically most web applications were developed as monolithic architectures. The entire application shipped as a single process implemented on a single runtime. Ultimately this architectural choice makes scaling software development extremely painstaking and tedious, because 100% of code changes submitted by members of any development team target a single code base. Under monolithic designs deployments are executed as “all or nothing” affairs - either you deploy all parts of your application at once or you deploy none of them.

It’s for painful reasons like this that the industry is moving away from monoliths and towards distributed architectures such as microservices. What microservices provide isn’t product scalability; they provide people scalability - the ability to easily partition your software development organization along the same lines as you partition your application with service boundaries. 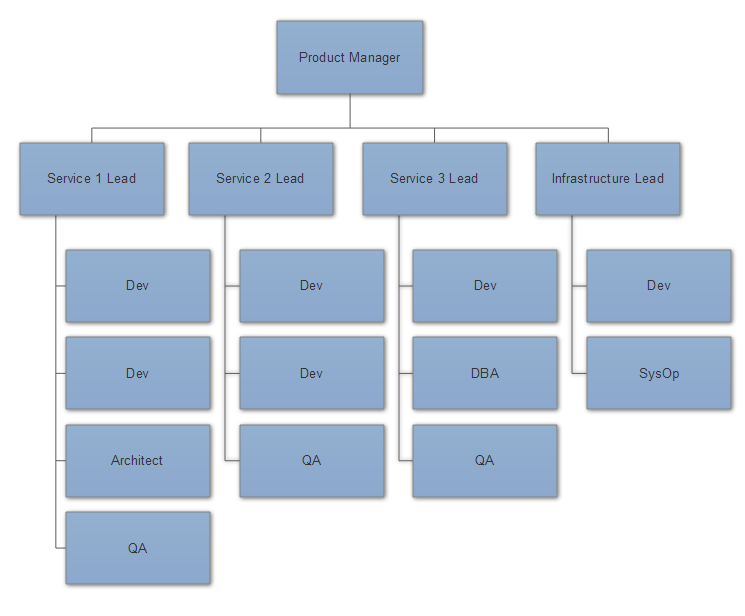 Microservices provide enormous agility and flexibility to software development organizations. By partitioning our large applications into interdependent services which communicate via explicit network communication contracts, each team encapsulates their implementation from the others. This makes it possible, in theory, for each team to choose the best tools for the job - if Service 1’s requirements are best satisfied using Node.JS and Redis but Service 2’s are better handled with .NET and SQL Server, both of these teams can make those choices and develop / deploy their services independently of each other.

The core of the problem really is that distributed approaches to developing software, such as microservices, really require different tools than what we used in the past when developing monoliths. We can’t expect to attach debuggers to four different processes and try to step-through-debug requests in that environment. 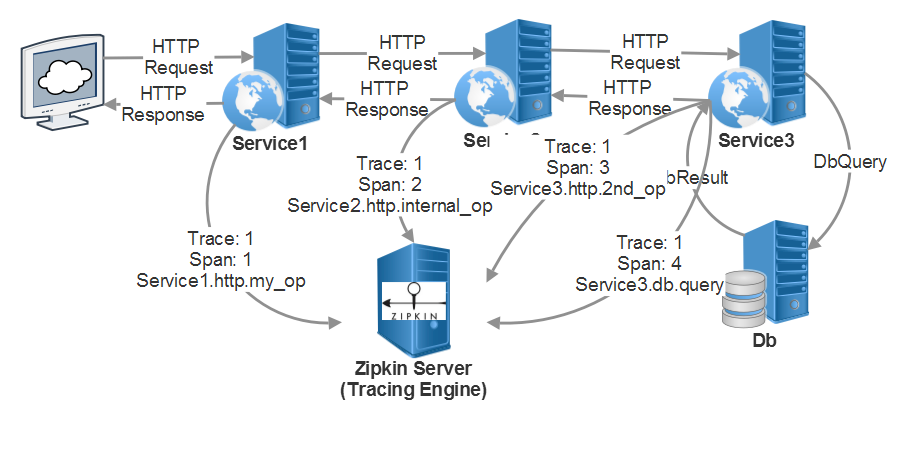 A trace begins when a user sends an initial request to an entry point of your application. A brand new trace ID is generated, and each successive request will be decorated with HTTP headers (or whatever your system uses, whether it’s Akka.NET or RabbitMQ) that contain correlation data back to the original request.

Each individual operation invoked as part of fulfilling that end-user’s request is called a “span,” and each span is tagged both with its own unique ID as well as the ID of the trace and the ID of the “parent” span - the ID of the operation and created the current request. All of this correlation data is propagated downstream and then reported out of band to a distributed tracing engine.

Each span captures important data points specific to the current microservice process handling a request, such as:

This feature of distributed tracing makes it possible to correlate data across multiple processes together and figure out exactly where something went wrong in the course of processing and end-to-end request from a user or customer. And the best part is: most popular distributed tracing tools have support in every major programming language and have plugins for targeting major web frameworks, message buses, actor frameworks, and more. With a tool like Zipkin or Jaeger, we can solve our microservice architecture’s coherence and data silo problems by propagating distributed trace data between our services and then reporting spans back to the reporting servers included with those tools.

A distributed tracing engine, such as Zipkin or Jaeger, correlates these related spans and makes the request data for any particular operation both searchable and easy to understand using powerful visualization tools. Most tools visualize the traces using a histogram, like this one:

The benefits of distributed tracing for software development teams are numerous.

If you want to learn more about adopting distributed tracing for your organization, we’d encourage you to watch our video “Why You Should Use Distributed Tracing Tools”

And for further reading: